Valproic Acid Metabolism and its Consequences on Sexual Functions


Background: Valproic acid (VPA) is a broad spectrum antiepileptic drug (AED) that is generally regarded as a first-choice agent for most forms of idiopathic and symptomatic generalised epilepsies. Available data suggest that menstrual disorders and certain endocrine manifestations of reproductive system disorders may be more common in women treated with VPA than in those treated with other AEDs.

Conclusions: VPA interferes with the endocrine system at multiples levels causing several reproductive and sexual dysfunctions in women and men with epilepsy, especially when administered in pubertal age. Since VPA is a first line AED both in children and adult with epilepsy and long-term medication with this drug is sometimes necessary, it is very important for physicians to implement strict monitoring of patients taking VPA in order to identify these kinds of side effects at an early stage. 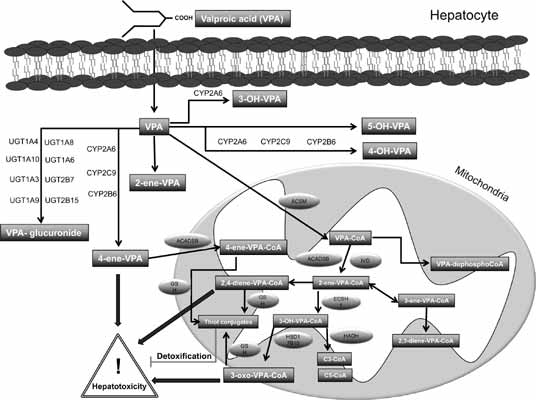