Mitochondrial Biotransformation of Drugs and other Xenobiotics


In vivo biotransformation of exposed chemicals is one of the major factors that determine the concentration and the duration of a substance at the systemic site of effect. Given that toxicity is expressed as a function of two factors, namely dose and time, the type and intensity of the toxicity are directly dependent on the chemical transformation of the exposed parent substance. This dependency involves two different situations. The amount of the chemical reaching the target will be decreased with the extent of metabolism if the parent chemical is toxic, and the opposite is true if the metabolite(s) is toxic instead. To date, the liver microsomal fraction in mammals has been justifiably considered as the center of biotransformation reactions because the liver and microsomes (i.e., endoplasmic reticulum component of the cell) possess the most abundant types and quantities of xenobiotic-metabolizing enzymes, especially the cytochrome P450 supergene enzyme family. These enzymes are common in all kingdoms of life, which strongly suggests that the origin of life is common. It is already known that various drugs enter mitochondria by different mechanisms, and this translocation is believed to be responsible for mitochondrial effects that are part of the therapeutic actions of various drugs such as lipid-lowering statins or antidiabetogenic thiazolidindiones. However, the discovery of mitochondrial forms of the xenobiotic-metabolizing enzymes provoked discussions about whether mitochondria metabolize drugs and other chemicals to some extent. This possibility may particularly be important as mitochondria have various critical cellular structures and functions. In the case of in situ generated metabolite(s), when there are adverse interactions with either these structures or functions, various toxic outcomes may appear. In this review, we compiled studies in the literature regarding biotransformation of drugs and other chemicals catalyzed by mitochondria where it is both an initiator and target of toxicity. 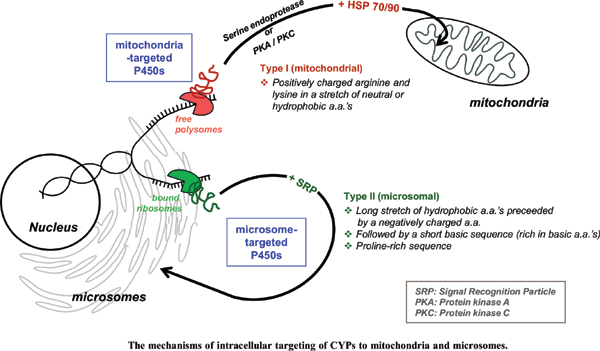